Posted on July 1, 2014 by bestcurrentnews 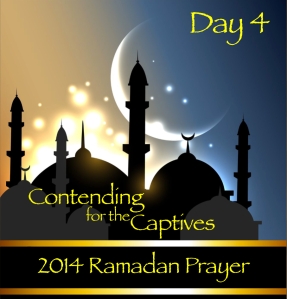 It is expected that the population in areas now under the control of terror group, “The Islamic State” (formerly known as ISIS) will experience much of the same abuse and atrocities that the residents of Raqqa, Syria have been experiencing since the terrorists took over their city last year. As the terror group has gained territory in Iraq, it has been emboldened and become even stricter in the enforcement of sharia [Islamic] law in Raqqa.

A resident explained a sense of hopelessness that they are experiencing, “Our dreams of getting rid of ISIS’s unfair rule and fatwas are vanishing as every city falls under [its] own control. …We gradually started losing hope in restoring the life we have had for hundreds of years.”

Public executions are reportedly a weekly occurrence in the city. In some cases the bodies of those executed are then “crucified” – placed on crosses to act as a deterrent to anyone else that may break the strict laws.

The Qur’an sanctions crucifixion as an appropriate punishment for anyone who wages war against Allah and his messenger (Qur’an 5:33).

Western apologists for Islam emphasize that the terror groups are not truly practicing Islam, however the written texts of Islam provide clear evidence that the Qur’an and the traditions of Muhammad sanctioned this type of behavior.

That certainly does not mean most of the Muslim world condones crucifixion to be acceptable. However, when groups such as The Islamic State rise to power their insistence that they are practicing a more pure form of Islam does cause many modern Muslims to begin to examine the teachings of their faith more closely. 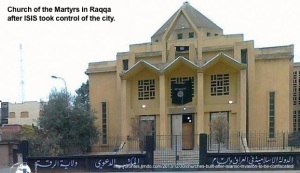 their backs on Islam and became followers of Christ.

Responding to Muslims with the heart of God, especially after reading accounts of atrocities such as beheadings, crucifixions and rapes – can be difficult for Westerners. It becomes even more difficult when Islamic demands affect us in our own nations and infringe on our western “rights.”

We are in quite a unique time in history as far as the Muslim world is concerned with the advent of satellite television, the Internet, translations and commentaries of the Qur’an, etc. Muslims that may be questioning their faith can examine the teachings of Islam for themselves. Our prayers for them will make a tremendous difference in their lives; opening up their hearts to His truth.

Thank and praise God that because of His overwhelming love and mercy, we can boldly come before His throne on behalf of people around the world.

Ask God to draw Muslims around the world to Himself so they may find His peace in the midst of the violence that may surround them.

Pray that Muslims will see the turmoil in their religion through the eyes of God and receive a hunger for His truth.

Ask the Lord to direct them to the Holy Bible online in their own language and read the New Testament. Pray they will have the courage to face the differences between Christianity and Islam and receive the revelation of how much they are loved by Jesus Christ.