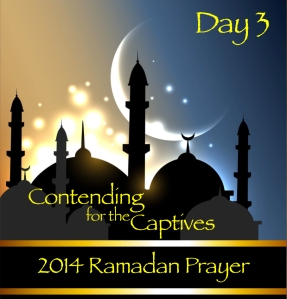 ISIS announced on Sunday they were changing their name to The Islamic State, declaring that they have restored the Islamic caliphate. A caliphate is an Islamic state led by a supreme religious and political leader called a caliph. President Ataturk of Turkey abolished the last caliphate, the Ottoman Empire, in 1924. ISIS leader, Abu Bakr al-Baghdadi has been declared as the Caliph or leader of the new state. The group has called on al-Qaeda and other militant Sunni groups to pledge their allegiance to this newly formed caliphate.

ISIS, a Sunni jihadi terrorist group had close links with al-Qaeda until February. The split between the groups came after al-Qaeda leader Ayman al-Zawahiri was unable to stop fighting between ISIS and another rebel group, Jabhat al-Nusra. Fighting between the two rebel groups in Syria killed 7,000 people including 650 civilians caught in the crossfire. ISIS is known for its strict interpretation of Islamic (sharia) law and brutal violence including beheadings and floggings.

Much of the group’s violence has been directed against Shia Muslims. On June 12, 2014 ISIS claimed they executed 1,700 “Shi’a members of the army” in Iraq although those reports have not been substantiated. The UN reports that more than 1,000 people, mostly civilians, have been killed in the fighting between ISIS and Iraqi forces.

The group has seized over one third of Iraq, and supporters of ISIS have been distributing propaganda indicating the next

targets of their aggression are Jordan and Saudi Arabia. After taking over Mosul, Iraq’s second largest city, ISIS put up posters which read, “We call upon the people of this county to bring their unmarried girls so they can fulfill their duty in sex jihad for their warrior brothers in the city and anyone who will not appear will feel the full force of the sharia [Islamic law] upon him.” Reports indicate that ISIS fighters have been going door to door in Mosul, killing men and raping women found in the houses. A UN spokesman said he had received information that four women who had been raped committed suicide following the brutal attacks.

As many as 500,000 residents of Mosul fled the city as ISIS took over, yet according to The Telegraph tens of thousands of these residents have decided to return preferring to live under the rule of the Sunni terror group to the Shia dominated Iraqi army. The same pattern occurred in Syria where the population of cities overtaken by ISIS initially welcomed the jihadis, but then regretted the strict Islamic society ISIS created. The regulations imposed in Raqqa, a Syrian city under ISIS control, banned smoking, drinking alcohol, and tattoos, and demanded that women be covered in public although women are discouraged from leaving the house at all. The punishment for breaking any of these rules is public flogging. Stealing can result in limbs being chopped off, and committing adultery is punished by death by stoning.

ISIS has been quite successful in utilizing social media to quickly spread its propaganda. From memes (internet picture) mocking United States First Lady Michelle Obama to using popular Twitter hashtags like those related to the World Cup, the terrorist group is making a strong push to reach westerners with their message. Terrorism expert, Charles Lister says the group’s efforts has allowed them to become somewhat of a “’celebrity’ actor within the international jihadist community” with foreign supporters from around the world expressing their support and allegiance to ISIS. The group’s announced goal is to gain one billion supporters for their Islamic State.

The Clarion Project reports British authorities estimate more than 500 young radicalized Muslims have traveled from Britain to Syria to join the conflict. Estimates are that as many as two thirds of those may have returned to live in Britain, because they travel through Turkey, a common vacation destination. Two of the British born jihadis, Reyaad Khan and Nasser Muthana have appeared in an ISIS recruitment video aimed at British Muslims. Nasser’s father, Ahmed Muthana, originally from Yemen, described how he felt when he saw the video of his son, “I was shaking and in tears. …My wife fainted and has not recovered from what she saw. …I feel sick and devastated that my son is caught up in this. He was brought up to love and respect my country which is Britain.”

Many Muslims living in the West would echo the sentiment of this father. The western nation where they now live is their country. However, radical terrorist groups are aggressively seeking recruits in the West like Ahmed Muthana’s son. Nations of the world need the wisdom of God to know how to respond to the situations in nations such as Syria and Iraq. Our leaders need to hear from the God of heaven.

Pray for wisdom for the leadership of nations around the world. Pray that each world leader will be surrounded with godly counsel and truth in order to make difficult decisions regarding the uprisings in the Middle East.

Pray for the people of Iraq and Syria – those who have fled these nations and for those that have remained. Pray for the protection of families, and an end to the brutal violence.

Pray for those who have been victims of the violence – the women that have been raped and the children that have witnessed horrendous atrocities.

Pray that Muslims – both Shia and Sunni will see that the root of the violence is from the violent teachings of the Qur’an and the traditions and biography of Muhammad himself. Pray that they will see that there is a God who desires to bring His peace to their lives and their nations.

Ask the Lord for social media to become a source of spreading the gospel to the world rather than an instrument of jihadists. Pray that social media sites such as Facebook, Twitter, YouTube and others can quickly identify the jihadi propaganda and stop it. Pray that groups like ISIS will no longer be able to “hack hashtags” and spread their message.

ISIS and other terror groups target disenfranchised or disillusioned young Muslim men in the West. Pray that Muslims will see the root of their disillusionment comes from allegiance to a false god. Ask Jesus to appear to them in dreams and visions and lead godly young men across their paths to share the truth of the gospel.