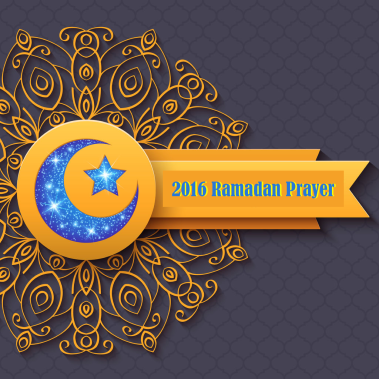 The last three pillars of Islam are zakat, hajj and the fast of Ramadan. We explained Ramadan on day one of our prayer series so today we will examine zakat.

Zakat (almsgiving) is one of the five pillars of Islam and therefore required for all Muslims. Zakat is the systematic giving of 2.5% of one’s wealth each year to benefit the poor.

Zakat is based on the “wealth” of a Muslim, not income. For instance the Zakat calculator for the Zakat Foundation of America helps to calculate the amount a Muslim should give by requesting their cash on hand in bank accounts, money loaned to others, expected tax refunds, the value of gold, silver and other precious items, stocks, bonds, IRA’s, and business assets.

There is a minimum wealth threshold called nisab. Islamic Relief Worldwide states that today there are two measures of nisab either the price of gold (3 ounces) or silver (21 ounces). The nisab threshold varies depending on the current market value. This year the nisab is approximately $3,731 by using the gold measurement and $304 by using the silver measurement. There are arguments between Muslim scholars as to which measurement should be used.

Muslims believe that neglecting to give zakat can result in damnation, and is a sign of hypocrisy. Charity in Islam is different than in the western world. In Christianity charity means to give to someone in need. In Islam, it can go to the poor, but it also can go to fund jihad.

The Qur’an, Sura 9:60, gives eight categories for the distribution of zakat. These categories include the poor, those short of money, zakat workers, those who hearts are to be reconciled, slaves purchasing their freedom, those in debt, those fighting for Allah and travelers needing money.  Those fighting for Allah are to be given enough “to suffice them for the operation, even if affluent.” Islamic law scholars also indicate that zakat should also be given to support the families during the time the fighter is away.

The Islamic State announced they would collect zakat from areas they controlled. Financial Times relates an incident of zakat collection by ISIS:

Mansour, a 26-year-old grocery storekeeper in eastern Syria, stalled payment while he tried to cook his books.

A week later, four ISIS officials stormed into his shop, ordered him outside, and tallied the bill themselves — to his dismay they based their calculation on the retail price of his stock. There were no price tags on the tinned beef, so one tax collector rode around town on his motorbike comparing canned beef prices in other stores.

“They told me, ‘You liar … How will victory be achieved if you’re not paying zakat?’”

Intelligence sources say zakat is a part of the way the Islamic State keeps its economy going. Since zakat can be used for those fighting in jihad, the Islamic State uses it to fund the salaries of its jihadis and finance services such as street cleaning and bread subsidies. The Financial Times estimates ISIS collected over $20 million of zakat on grain and cotton.

Western nations do not realize that one-eighth of the contributions of zakat, according to the Qur’an, is to support the active cause of Islam and used to support jihad.

Ask God to expose to Muslims the fact that some of the funding they expect is going to help the poor is actually (according to their leaders) assisting to fund jihad.