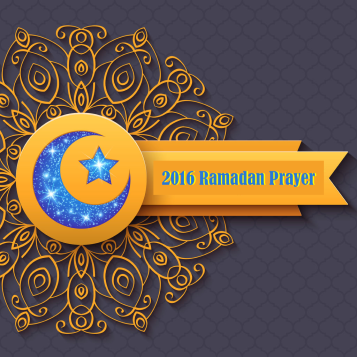 Female genital mutilation (FGM) often occurs in honor-based cultures. The mutilation of a woman’s genitalia is intended to maintain family honor by preserving a woman’s virginity until marriage. The intended result is to reduce her sexual drive to ensure she will not engage in premarital or extramarital sexual behavior.

The AHA Foundation reports that FGM is often performed on girls between the ages of 4 and 14. The number of girls in the United States under the age of 18 that are at risk for FGM has quadrupled since 1997. The U.S. Center for Disease Control and Prevention estimates that as many as 513,000 women and girls are currently at risk of FGM in the United States.

In 1996, a U.S. federal law was passed criminalizing the practice of FGM, and in 2013 the law was amended to also outlaw “vacation cutting,” which is the practice of taking a girl to another country to undergo the procedure. In addition, 24 U.S. states have their own laws outlawing the FGM.

UNICEF estimates that at least 200 million girls and women alive today have undergone FGM. These numbers increased by nearly 70 million more than was estimated in 2014 after new data was collected in Indonesia. The data revealed that Indonesia is one of the countries where FGM is most prevalent even though the practice was banned in 2006. In fact, women in Indonesia, Egypt and Ethiopia account for half of all the FGM victims worldwide. The nation with the highest prevalence of FGM is Somalia with 98% of women and girls in the nation having undergone FGM.

The World Health Organization reports that FGM has no health benefits. It can, however, cause short-term problems including shock, bleeding, infection and injury to nearby tissue immediately following the procedure and can also have long-term effects such as recurrent bladder and urinary tract infections, infertility, and complications during intercourse and childbirth.

FGM is practiced for a number of reasons. Some cultures have wrongly taught that the clitoris will continue to grow, and therefore it needs to be removed. Others have been taught the external genitalia are unclean and can cause the death of an infant during delivery.

Many Muslims believe that the failure to perform FGM on their daughters will bring shame to the family. Surveys in Middle Eastern nations have shown that FGM is considered to be both a traditional and religious practice. These attitudes and practices follow immigrants to their new nations, along with their “shame/honor” mindset if the immigrant happens to be Muslim.

Increasingly, those that have undergone FGM within Islamic cultures are stopping the practice, and there are brave Muslim women that are speaking out against FGM despite the fact that female sexuality is rarely spoken of in Muslim cultures. However, prayer and awareness is still needed because there is often great pressure from Islamic families to continue the tradition so the family will not experience “shame.”

Although it is certainly true FGM predates Islam and is still practiced by people from different religious backgrounds; there are Islamic shari’a scholars who support and encourage FGM. The “Reliance of the Traveller: A Classic Manual of Islamic Sacred Law” specifically addresses female circumcision. The International Institute of Islamic Thought, the Fiqh Council of North America and the prestigious Islamic Al-Azhar University have endorsed this manual. This shari’a law text states, “Circumcision is obligatory (O: for both men and women) (Reliance e4.3, p. 59

Ask God to move on hearts, softening them to His love and truth, and giving them understanding and a new mind-set that the practice of FGM brings trauma and pain in the lives of their women and girls.

Pray for the parents of young girls that may be under tremendous pressure from their families and communities who are encouraging them to circumcise their daughters. Pray they will not give into the community pressure – and receive God’s revelation that the “honorable” thing will be to reject female circumcision.