I am Iraqi, I am Christian 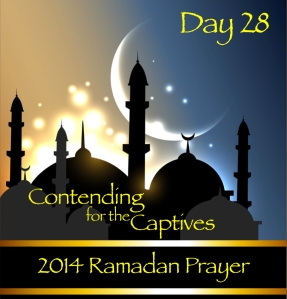 As Christians and Muslims gathered in a Baghdad church on Sunday afternoon, Manhal Younis cried and said, “I can’t feel my identity as an Iraqi Christian.” The woman next to her in the pew, a Muslim, reached out to her and whispered, “You are the true original people here, and we are sorry for what has been done to you in the name of Islam.”

Approximately two hundred Muslims attended a rally in Baghdad to show their solidarity with the thousands of Christians who have been forced to flee from Mosul. Some of the Muslims marked themselves with the Arabic letter “N” for “Nazarene” or Christian. Both Muslims and Christians held up signs that read, “I am Iraqi, I am Christian.” The event had been organized through social media that day before, and following the rally an online video was posted on Facebook showing Christian and Muslim participants holding up their signs and singing the Iraqi national anthem.

A Muslim law professor, Mahmoud Al-Asali, lost his life for standing up against the abuse and murder of Christians in Mosul. ISIS militants in Mosul killed him. 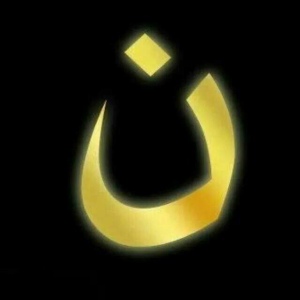 As the grip of the terrorist group ISIS (Islamic State in Iraq and Syria), also known as the Islamic State has tightened, the militants demanded that all Christians in the city convert to Islam, pay the jizya (a tax for non-Muslims), leave the city, or die. Ankawa.com reported the option to pay the jizya and stay in the city was taken away so Christians were forced to either leave their homes or convert to Islam.

ISIS used the Arabic letter, “N” to tag the homes of Christians. Those fleeing Mosul described how once the group tagged their homes, then later entered the homes taking whatever they wanted and using them as ISIS property. Some families leaving Mosul were harassed and robbed of money, jewelry and documents at checkpoints set up by ISIS, and there were reports that women had crucifixes torn from their necks as they left. One man attempting to escape with his elderly mother was forced to give the militants his car and her medicine, so he carried his mother on his back to safety.

The number of Christians in Mosul had dwindled from over 30,000 in 2003 to just a few thousand, however after the ISIS threat, it is believed that one of the oldest Christian communities in the world is now completely devoid of Christians.

Since the rally on Sunday, thousands have joined together on Twitter to express their solidarity with persecuted Christians in Iraq by using the hastag, “#WeAreN.” The Church of England and others around the world are showing their support by changing their pictures on their social media pages to the Arabic “N.”

Showing solidarity brings hope to Iraqi Christians who have been forced out of their homes. Pray that Muslims in Iraq and other Middle Eastern nations will stand up and resist the evil being done to Christians in their community; people they have worked with and who were neighbors and friends.

In addition to showing solidarity, pray for these Christians and all those who are being severely persecuted in Iraq – that God will overwhelm them with His grace, meet their daily needs and give them hope.

Pray the prayer of King David found in Psalm 55:9 over ISIS (radical Islamic group persecuting the Christians and making them convert to Islam or die). “Confuse them Lord, and frustrate their plans, for I see violence and strife in the city.”

One Comment on “I am Iraqi, I am Christian”