The Blessing of Having a Voice 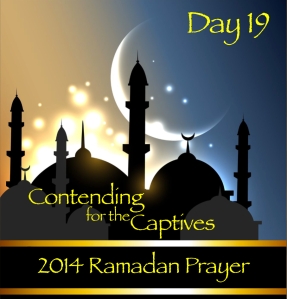 Most of you who are participating in the Ramadan prayer series this year receive the articles each day either through email or through a social media site such as Facebook. In Western nations, social media is considered an effective way to voice opinions and share with friends. Facebook reportedly has 1.23 billion users; Twitter has 500 million users, and Instagram (a photo sharing site) has 150 million active users. Most of us are used to sharing through one or more of these platforms; in fact Pew Research Center’s Internet Project reveals that 73% of online adults use some type of social networking site.

In many Muslim nations that same freedom is non-existent. The Independent reported that eight unidentified social media activists in Iran have been sentenced to a total of 127 years in prison after being found guilty of using the Internet to insult Iran’s leaders, spread anti-government propaganda, and undermine national security.

In Saudi Arabia, Raif Badawi was charged with apostasy after he began a website to allow users to discuss religion. Part of the evidence used against him at his trial was that he pressed the “like” button on a Facebook page for Arab Christians. He eventually was sentenced to 10 years in prison and 1,000 lashes. He can still appeal, but now the lawyer who represented him in the case is also in prison.

Women in Saudi Arabia used blogging and social media in an effort to gain the right to drive. In October 2013, there was a campaign calling for Saudi women to defy the ban and drive on October 26. The government’s response was to block the campaign’s website. One of Saudi Arabia’s top clerics announced that women who drive risked damaging their ovaries and could have children with “clinical problems of varying degrees.” Interior ministry employees contacted the leaders of the campaign individually and told them not to drive, however despite the contact and a heavy police presence on the 26th, there were still 12 YouTube videos that were posted of women driving.

The Stealthy Freedoms of Iranian Women Facebook page encouraged Iranian women to share photos of themselves with uncovered heads. The 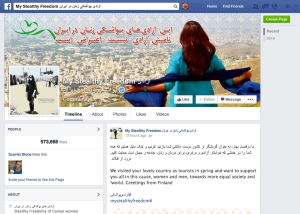 Facebook page has over 573,000 likes, with thousands of women submitting their photos. In response the Iranian government has tried to smear Masih Alinejad’s reputation. Iranian state television reported that three men in a London subway raped Masih after she took drugs and undressed herself in public. In response, Masih filmed a YouTube video of herself standing with her head uncovered in the subway station singing a song.

Social media is a threat to Muslim government and authorities that adhere to a strict sharia (Islamic) law code. Prior to the advent of social media, citizens did not have an uncensored platform to express their opinions or even discuss religion. We in the West are blessed to have multiple platforms to have a voice, and we must continue to contend through prayer forothers to share in the blessing.

Be grateful and thank God that we can “like” Facebook pages without fear of punishment. Our freedom to speak what is in our heart is becoming fragile in many nations and we must contend to maintain this right.

It is very important for Westerners to be aware that oftentimes “hate speech” laws are simply a stealth method to take away our freedom of speech. Pray that citizens in these nations will recognize simple ways that our rights are diminishing and speak out. Influence leaders who make decisions about speech and laws that hinder what we are permitted to say and urge them to maintain a strong stand for freedom of speech. Above all, be faithful to pray about the situation.

Thank God for Muslim women who are bravely speaking up to be treated equally. Pray for their protection and encourage them in showing your support. Click “Like” on their Facebook pages and help spread their message for individual freedom.

One Comment on “The Blessing of Having a Voice”