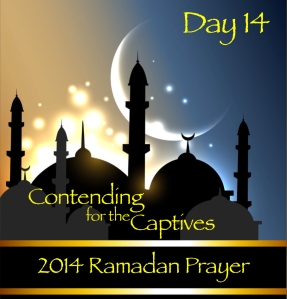 Twenty-seven countries consider leaving the religion of Islam or apostasy from Islam illegal. The penalties for apostasy vary, but many nations do have provisions to invoke the death penalty, because of their adherence to Islamic sharia law. The Council of Ex-Muslims of Britain published an extensive report called the Political and Legal Status of Apostates in Islam which lists the nations and the penalties for apostasy.

Although the actual constitutions of some of these nations do not prescribe the death penalty for apostates from Islam, many of their constitutions are based on Islamic sharia law which means the nation can put an apostate to death based on sharia law rather than the nation’s laws. Different practices and punishments are carried out between countries and even within the same nation depending on the region.

If we live in a nation where there is religious freedom we do not have to fear for our lives when we worship God. With a grateful heart – thank Him for this freedom. Pray that we will never take this blessing for granted.

Many nations have groups who try to gradually take away our freedom of religion. Ask the Lord to expose their attempts, reveal their strategies, and cause those in authority to resist their tactics.

Pray for a shift in world agencies such as the UN to refrain from supporting regimes that do not allow for religious freedom in their nation.

Ex-Muslims in each of these nations will most often face severe persecution for leaving Islam. Ask God to watch over them, keep them in safety. Pray they will become grounded and established in His Word and His ways.