Forced Marriages in the West

Posted on July 6, 2014 by bestcurrentnews

Forcing someone into marriage in England and Wales now carries a maximum of a seven-year jail sentence under a new law that went into effect in June. It also criminalizes forcing a British national into marriage outside of the United Kingdom. This is to prevent families from taking their children to other nations and forcing them to marry. The new law is a result of estimates contained in a consultation paper published in 2011, which estimated there were at least 5,000 to 8,000 cases of forced marriage occurring each year.

A study in Ontario, Canada found 219 cases of forced marriage in a two-year period with a ¼ of the marriages involving people under the age of 18.

Rania Farrah thought she was going on an exciting vacation with her older brother traveling from her native home of Australia to the pyramids of Egypt, but her vacation turned into a five year nightmare. 60 Minutes of Australia recently featured Rania’s story.

At age 13, her father’s family took Rania captive. One week into the trip, Rania found herself first in Jordan and then eventually in Syria. During her time with her father’s family, Rania was subjected to a virginity test since her father knew that she had started smoking cigarettes and talking to boys. Despite the fact that she was a virgin, she was still beaten by her father and brother. When she told her brother that she had never been with a man, her brother replied, “your dad knows because if he hadn’t believed you, he would have killed you. …it’s common practice over there [Middle East]….it’s quite a normal thing to kill your daughter for not being a virgin.” She describes her father as “the most evil person I have ever met…he’s an awful, awful, awful man.”

Rania was forced into an Islamic lifestyle, going to an Islamic school and learning how to fast during Ramadan. She learned to shut down her emotions and play along with her family. She repeatedly asked her Australian mother to bring her home, only to be repeatedly told to wait. She 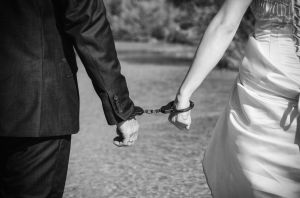 was engaged to her second cousin that she barely knew.

Eventually she decided to try an escape. A friend gave her the phone number of the British Embassy. The Embassy said they could not help her until she was 18, so on her 18th birthday, Rania crept out of the house while her grandmother slept. She took a taxi to a hotel and met a representative of the British Embassy. She said, “If I didn’t get out I was going to kill myself that day.”

Countless children in Western nations are potential victims of forced marriages. Despite laws in many western nations, numerous parents such as Rania’s father still attempt to preserve family honor by arranging marriages for their daughters. Pray that God will show these parents that just as God chose to love us, people make a choice to love each other. Love cannot be forced.

Many young women who have experienced forced marriage are not as fortunate as Rania and never have the opportunity to leave – rather they are most often subjected to a life of control and hardship. Pray that women in this situation will have opportunities to hear the gospel of Christ and learn of His love for them.

Matt. 9:38 (NIV) directs us to “Ask the Lord of the harvest, therefore, to send out workers into his harvest field.” Those in forced marriages are part of the Lord’s harvest of souls. Pray and ask Him to open doors and send forth workers to share the truths of God’s kingdom with them – resulting in the salvation of many and lives redeemed for His purposes.

2 Comments on “Forced Marriages in the West”