Contending for the Captives

On June 16, 2014, Brigitte Gabriel of ACT for America was a panelist for the Heritage Foundation Benghazi Panel Conference. In response to a question posed by a Muslim woman in the audience, she said:

When you look throughout history…most Germans were peaceful yet the Nazis drove the agenda and as a result 60 million people died. – almost 14 million in concentration camps – 6 million were Jews. The peaceful majority were irrelevant.

When you look at China for example most Chinese were peaceful as well – yet the Chinese were able to kill 70 million people. The peaceful majority were irrelevant.

When you look at Japan prior to World War 2, most Japanese were peaceful as well, yet Japan was able to butcher its way across Southeast Asia killing 12 million people mostly killed with bayonets and shovels. The peaceful majority were irrelevant.

On September 11 in the United States we had 2.3 million Arab Muslims living in the United States. It took 19 hijackers, 19 radicals to bring America down to its knees, destroy the World Trade Center, attack the Pentagon, and kill almost 3,000 Americans that day. The peaceful majority were irrelevant.”

Although Brigitte Gabriel’s remarks regarding the “peaceful majority” were targeted toward the majority of peaceful Muslims around the world, Christians in the West have also been reduced to an “irrelevant majority” in their nations. Despite reports claiming the West is quickly becoming post-Christian, the majority of the population in western nations still identify themselves as Christians. Yet throughout Western society, political correctness coupled with Islamic demands have stifled and infringed upon western freedoms, especially the right of free speech forcing the Christian majorities into a position of irrelevancy.

Political correctness or “agreeing with the idea that people should be careful to not use language or behave in a way that could offend a particular group of people” stifles free speech. Because the fear to offend has become such an offense in the West, dialogue, scholarly 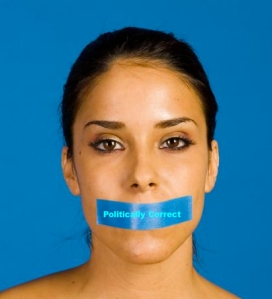 examination of beliefs and absolute truth is extinguished.

Far too often political correctness has convinced even those who may identify themselves as Christians that all religions are the same and all paths lead to God. And to further the misinformation, Judaism, Christianity and Islam are oftentimes lumped together as the three monotheistic, “Abrahamic faiths,” despite the fact that the Islamic version of Abraham’s life is much different from the account in the Bible.

Ultimately this mindset leads to society failing to realize the basic theological differences between Christianity and Islam. A glaring example of this failure was reported this week by the BBC in an article regarding the planned construction of the House of One in Berlin, Germany. The House of One is a building designed to house a synagogue, church and mosque all under the same roof. The building will be built on the site where the first church in Berlin, dating back to the 12th Century once stood.

The teachings of Islam, especially the latter portion of the Qur’an written in Medina, are quite opposite of the teachings contained in the New Testament. Compare teachings such as sura 9:29 which says, “Make war on those who have received the Scriptures [Jews and Christians] but do not believe in Allah or in the Last Day …The Christians and Jews do not follow the religion of truth,” to Jesus’ words in Matthew 5:44, “But I say to you, love your enemies, bless those who curse you, do good to those who hate you, and pray for those who spitefully use you and persecute you.” Perhaps the greatest difference between Christianity and Islam is that the teachings in Christianity moved from a religion of strict laws as portrayed in the Old Testament to a religion of peace in the New Testament while Islam moved from a religion of peace in the early passages to a religion of violence in the later passages.

Political correctness and its accompanying fear of offending Muslims restrain westerners from critically examining the teachings of Islam, and speaking out on behalf of the victims of the system of Islam. Many of us have Muslim friends, neighbors and co-workers that are indeed peaceful Muslims, however our relationships should not silence the Christian community.

From violence between Muslim sects such as the current uprisings in Iraq and Syria to human rights abuses against Muslim women within Western nations, the most frequent victims of the system of Islam are the Muslim people themselves although Islam’s totalitarian nature also extends its reach to non-Muslims around the world.

Proverbs implores us to “speak up for those who cannot speak for themselves; ensure justice for those being crushed. Yes, speak up for the poor and helpless, and see that they get justice” (Proverbs 31:8-9). If history has indeed taught us anything it is that in the words of Edmund Burke, ‘the only thing necessary for the triumph of evil is for good men to do nothing.” As sons and daughters of God, we now walk in the declaration that Jesus made in the Lord’s Prayer, “Your Kingdom come, Your will be done on earth as it is in heaven.” God placed each of us on the earth at this time in order to bring the Kingdom of Heaven to earth. As children of God we are seated with Christ in heavenly places and as ambassadors of the Kingdom of God our words and prayers carry great authority in the earth.

How privileged we are to co-labor with Christ who declared in the synagogue, “The Spirit of the Lord is upon Me, because He has anointed Me to preach he gospel to the poor; He has sent Me to heal the brokenhearted, to proclaim liberty to the captives and recovery of sight to the blind, to set at liberty those who are oppressed.” Much of the Ramadan series throughout the next thirty days will report “facts” about Islam, its advancement in the West, and its victims, however as we pray we stand on the Truth of God’s Word which always prevails over “facts.” Join with us for the next 30 days as we declare God’s goodness, mercy and love over the Muslim people.