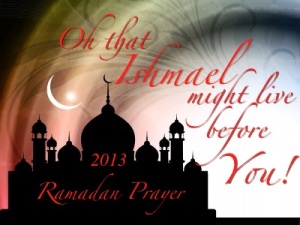 Following the Hijra (Muhammad’s migration from Mecca to Medina), the first thing Muhammad did as he entered the outskirts of Medina was to stop at Quba and lay the first stones for a mosque.

Although westerners oftentimes believe a mosque is the equivalent to a Christian church, because of the political and militaristic nature of Islam the two are not the same.  The Mosque Exposed written by Sam Solomon and E. Alamaqdisi, lists traits of the first mosque. Sam Solomon is an expert on Islam who as a Muslim studied Sharia law for fifteen years prior to his conversion to Christianity.

In addition to being a center of religious teachings some other characteristics of the first mosque included:

The first mosque was the center of political, governmental, and militaristic aspects of early Islam in addition to being a religious center. The pattern for all future mosques was set. A fatwa (legal pronouncement in Islam) issued in April of 2000 clearly shows modern day mosques continue to emulate the original teachings and purpose of the Medina mosque.  The fatwa reads in part:

“…a mosque is symbol of the presence of Islam, the heartbeat of the Muslim community, an educational outlet where the community is taught to combat evil, ignorance and apostasy. It is a university as well as a court, from where the laws of Allah are promoted, it is a symbol of authority within that community and ultimately within the state and beyond, for the Apostle of Allah said Islam rises and nothing rises above it, for it is the uppermost.”

Mosques are being built across western nations at an alarming rate. At the opening of the Baitur-Rahman Mosque, Hazrat Mirza Masroor Ahmad, declared, “In Spain there are signs that Islam will dominate once again.”

In Liege, Belgium a mosque is planned with a capacity for 1,000 Muslims. In Munich, Germany politicians are debating where to build the Center for Islam in Europe-Munich, which is “designed to be a strategic platform for spreading Islam throughout Europe.” The government of Greece has pledged to spend $1.4 million to build a mosque in Athens. A mega-mosque complex is planned for Dublin, Ireland.

The former Capernaum Church, a cultural heritage site in Hamburg, Germany is being converted to a mosque.

Dr. Ibrahim Abu Mohamed, Grand Mufti of Australia advises that more mosques need to be built to stop young Muslims from becoming radicalized, and in the United States the Turkish government is building a $100 million mosque complex in Maryland.

Pray that leaders of western nations realize that a mosque is not simply a religious center – rather that it is patterned after the first mosque and as so it is the center of an Islamic state within its host nation.

Pray that leaders in Christian churches will realize that Christians and Muslims do not worship the same God.

Muslims in the mosque pray rote prayers, hoping to satisfy the requirements of their god. Pray for the Muslims as they go to the mosque to pray – that they will have an encounter with the true and living God through Jesus Christ.