Ramadan Prayer Day 25 – Religion: “Is a Mosque the Same as a Church?”

Posted on August 13, 2012 by bestcurrentnews 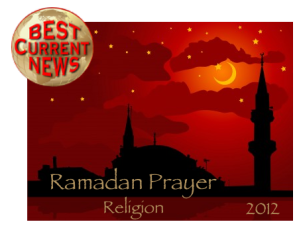 FrontPage Magazine recently reported about “The Mega Mosque Boom” currently taking place. Mosques with proposed capacities from 7,000 seats to the more modest 2,000 proposed for the Ground Zero mosque are being built in western nations around the world. Foreign Muslim governments fund many of these mega mosques – especially in areas where the local Muslim population is not large enough to justify a mega mosque.

Many Americans, familiar with houses of worship such as churches and synagogues, believe a mosque is simply a place for Muslims to go and worship. They think of a mosque as an “Islamic church.” In reality, a mosque is much more than a place of worship for Muslims.

Because Muslims believe Muhammad is their perfect example, mosques are modeled after the very first mosque Muhammad established in Medina.  Dr. Sam Solomon, a former Muslim professor and shariah law expert, explains in the New English Review, “A mosque, totally unlike a church or a synagogue, serves the function of orchestrating and mandating every aspect of ‘life’ in a Muslim community from the religious, to the political, to the economic, to the social, to the military.”

Muhammad’s mosque was the seat of power – the place and symbol of Islamic rule. American Thinker describes it, as “a seat of government, a command center, a court, a school, and a military training center and depot for arms.” The mosque is considered the command center of Islam.

The number of mosques in the United States has increased by 74% since the year 2000. Many mega mosques are being built in areas with small Islamic populations. This tactic in Islam serves to show non-Muslims the superiority of Islam, and to encourage Muslims to migrate to an area. In the book, The Mosque Exposed, Dr. Solomon says, “Migration is legally obligatory on a Muslim as preparatory to other forms of jihad for the victory of Islam and Muslim in other countries.”

In addition to building large mosques and encouraging Muslims to migrate to an area, radical Islamic groups control the literature in the majority of American mosques. A 2005 study conducted by Freedom House called “Saudi Publications on Hate Ideology Invade American Mosques” gathered samples of over 200 hate texts sponsored or generated by Saudi Arabia and found in 80% of American mosques. These books include instructions for American Muslims such as, “Be dissociated from the infidels, hate them for their religion, leave them, never rely on them for support, do not admire them, and always oppose them in every way according to Islamic law”

One Comment on “Ramadan Prayer Day 25 – Religion: “Is a Mosque the Same as a Church?””