Posted on August 5, 2012 by bestcurrentnews 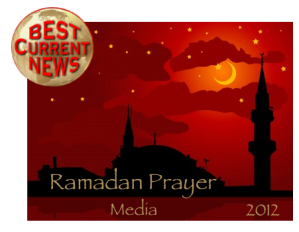 There are two equally destructive arms of the Islamist movement that seek to impose shariah law on Muslim and Western societies. One is violent calling for activities such as suicide bombings and other acts of terrorism. The other arm operates lawfully, but yet effectively conducting what is termed as “soft jihad”.  Both divisions have the same goal and work apart separately, but their work reinforces each others.

For example under shariah law it is blasphemy to criticize Islam or the prophet Muhammad. The violent arm of the Islamist movement would react to something critical of Islam by rioting in the streets, burning cars and killing innocents. The soft jihad side would hire lawyers and sue westerners to silence the critics.

Lawfare is a relatively new term referring to the use of the law as a weapon of war. It actually is an abuse of Western laws and judicial systems to achieve military or political goals. It is often used to silence and punish free speech.

Islamists (states, organizations and individuals) file lawsuits oftentimes they know they cannot win designed to silence critics of militant Islam. The purpose of the suits is to discourage, intimidate and place a financial burden on those who are speaking out against the Islamists such as counterterrorism experts, politicians, law enforcement members – basically anyone who is attempting to sound the alarm about the threat of militant Islam.

For example, the Council for American Islamic Relations (CAIR) sued former U.S. Congressman Cass Ballenger for $2 million for saying in a 2003 interview that CAIR was a “fundraising arm for Hezbollah”. The judge in the case ruled Congressman Ballenger’s statements were protected speech because they were made in the scope of his public duties.

Andrew Whitehead, the founder of a website called Anti-CAIR-net.org was sued by CAIR for $1.3 million for listing CAIR as an Islamist group with terrorists ties on his website. The lawsuit was eventually dropped.

Joe Kaufman from Americans Against Hate was sued by the Muslim American Society for leading a protest against the Muslim Family Day at Six Flags Over Texas. The Texas Court of Appeals eventually dismissed the case although it took a financial toll on Mr. Kaufman.

Bruce Tefft, a retired case officer from the CIA and founding member of the CIA’s Counterterrorism Center was sued along with the NYPD by a Muslim police officer for workplace harassment. The police officer had joined Tefft’s e-mail group of terror related news items and commentary. The group is voluntary so the Muslim officer had to subscribe in order to receive the e-mails. The legal bills for Mr. Tefft had exceeded $65,000 before the case even went to trial.

The list of lawsuits is not limited to individuals; Islamic organizations have also sued the New York Times, the Wall Street Journal, and the Boston Herald.

These lawsuits are a threat not only to those who are sued, but also to our Constitutional right of free speech. Publishers have cancelled books and many who would speak out have been silenced by the threat of expensive legal battles.