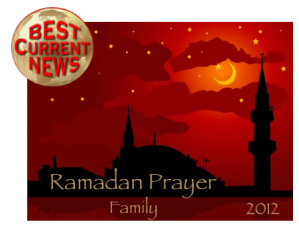 Earlier this year, media networks began to report about “the war on women” as part of their coverage of the presidential primaries. Some described the war in economic terms as they reported on equal pay legislation. Others tend to have a definition of the war on women like the ACLU’s who defined the “War on Women” as the “legislative and rhetorical attacks on women and women’s rights taking place across the nation.” The ACLU’s examples of these attacks on women include waiting periods before abortion and ending Planned Parenthood funding.

The real war on women in the U.S. however is being waged by Shariah proponent groups who are attempting to hide behind the concept of the freedom of religion guaranteed in the First Amendment of the U.S. Constitution. One such group known as the Islamic Circle of North America (ICNA) has launched a $3 million campaign to “help the public understand Shariah and counter the rise of Islamophobia in America.”

On the ICNA website Naeem Baig, Executive Director of the ICNA Council for Social Justice states, “[Because of the freedoms granted under the First Amendment] Jewish family law is acceptable in civil courts today…Muslims are as American as any other faith group, and are deserving of these rights as well.”

Shariah law however differs greatly from Judeo-Christian law. Under shariah law women are considered inferior to men. The Qur’an says, “Men are in charge of women, because Allah hath made the one of them to excel the other…”(Q 4:34) Inheritance laws within Islam further reflect this attitude with a woman inheriting half of what a man inherits (Q 4:11). Her testimony in a court of law is also only worth half of the testimony of a man’s (Q 2:282). Under shariah a husband is allowed to beat (Q4:34) and rape (Q2:223) his wife.

Arguments are made that these types of laws would not apply to women living in the United States, however a report issued by the Center for Security Policy examined 50 Appellate Court decisions from 23 states where shariah law had been considered in the case. Out of these 50 cases, the majority affected women and children with shariah being considered in marriage law and child custody cases. You may download a copy of the comprehensive report here.

Although often blamed on cultural traditions rather than shariah law by Islamic apologists, women around the world and in recent years in the United States have been the victims of forced marriages, honor killings and female genital mutilation. The Tahirih Justice Center conducted a survey on forced marriage in immigrant communities in 2011. Based upon the survey, there were as many as 3,000 cases of forced marriage in the past two years in the U.S. although the survey did not reveal how many of the marriages were Islamic.

A study of worldwide trends in honor killings revealed 91% of honor killings in North America were due to unacceptable “westernization”. Examples in our nation include Noor Almaleki. An article in Marie Clare describes the vision Noor had for herself, “Having lived in the U.S. for 16 years, she held dreams of becoming a teacher, or marrying a man she loved, and most importantly of making her own choices.” Her Iraqi father felt his daughter was dishonoring his family by desiring to choose her own mate and dress in a western fashion. So in October of 2009 as Noor and a friend walked across a parking lot her father driving close to 30 miles an hour hit Noor and her friend. The impact knocked Noor onto a median so her father swerved his SUV onto the median and ran over his daughter fracturing her face and spine. He was eventually apprehended in England. From jail her father defended himself, “I’m not a criminal. I didn’t kill someone randomly…For an Iraqi, honor is the most valuable thing.”

Eighteen year old Amina Said and her seventeen year old sister, Sarah were shot in 2008 by their father also for being typical teenage girls. Amina and Sarah had a cell phones and dated American boys. Their father, an Egyptian Muslim wanted his daughters to be Muslims and to marry husbands that he would choose. He had threatened the girls and finally on New Years Day of 2008, he shot them. A 911 call by Sarah as she was dying identified her father as her killer. Yaser Abdel Said is still at large. Even if the girls’ father is apprehended under shariah law a Muslim father is not subject to retaliation for killing his own children according to The Reliance of the Traveller, a manual of Islamic Sacred Law (approved by al-Azhar University and the International Institute of Islamic Thought).

Although our series deals with Islam in the United States, a quick look at the rights of women in any Muslim majority country clearly shows how shariah laws subjugate women discriminating against them through laws that give men control in marriage, divorce, child custody and inheritance. For more information and personal stories of women affected in our nation by shariah law, visit End the Shariah War on Women.

PRAYER FOR THE FAMILY: