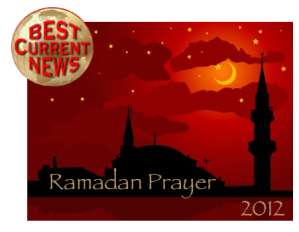 THE BACKGROUND OF RAMADAN

Ramadan, the ninth month of the Islamic calendar, is considered the holiest month in Islam. Because Ramadan is based on the lunar calendar, the dates of Ramadan change each year by approximately 11 days. This year Ramadan should begin on Friday, July 20 with the sighting of the new moon.

During this month most Muslims will observe a fast from sunup to sundown for each of the 29 to 30 days of the month. During the fast they are to abstain from smoking, drinking, eating and sexual pleasures during the daylight hours. The fast (sawm) of Ramadan is one of the five pillars of Islam and is required by the Qur’an for all Islamic believers except the elderly, young children and pregnant women.

WHY SHOULD CHRISTIANS BE IN PRAYER DURING RAMADAN?

It is a time of heightened spiritual awareness for Muslims and an excellent time for American Christians to gain more awareness regarding Islam in the United States. Although many Muslims within the U.S. desire to live with the same rights and freedoms that Americans hold dear, there are factions of Islamists actively working to change American life and culture.

ISLAMIC VIEWS ARE OPPOSITE OF AMERICAN FOUNDATIONAL BELIEFS:

Unlike Christianity, Islam is a complete way of life; a social, political, economic, judicial, educational, and militaristic system, which even dictates how, those who do not adhere to the religion are to be ruled. Reza Safa, in his book Inside Islam, states, “The goal of Islam is to produce a theocracy with Allah as the ruler of society, a society with no separation between religion and the state. This society would have no democracy, no free will and no freedom of expression.”

For the next 30 days of Ramadan, we will be examining Islam’s impact on American culture by examining the effect these groups are having on seven specific spheres of American society – education, government, media, business, family, religion, and arts & entertainment. As Christians we realize that we are in a spiritual battle for the survival of our nation. Radical Islam is only one of many threats to our freedoms, but one that many within the body of Christ are unaware that it even exists.

30 DAYS OF PRAYER REGARDING ISLAM IN THE UNITED STATES

The purpose of the Ramadan series of articles is to uncover this system that seeks to destroy the American way of life by using the very freedoms Americans hold dear to covertly and fundamentally bring our culture into bondage. Join us each day, as we become not only an informed citizenry, but also informed intercessors.

“An informed citizenry is the only true repository of the public will.” – Thomas Jefferson

Although Islamic Law is a threat to our society — the Muslim people have been created by God to have a personal relationship with Him. Each day we will pray for Muslims to receive God’s love and have a Divine encounter with Jesus Christ as the Son of God.