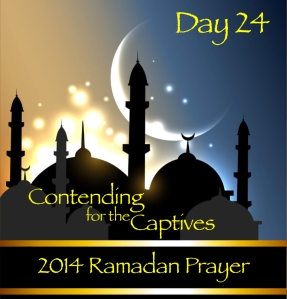 NBC News reported more than 160,000 people including over 8,000 children have been killed in the three-year civil war in Syria. The figure from the Syrian Observatory for Human Rights includes civilians, members of the Syrian military, foreign fighters and rebels. An estimated 9 million Syrians have left their homes since the war began in March of 2011. Of those, 2.5 million have fled to neighboring nations, and the other 6.5 million are internally displaced within Syria.

The conflict in Syria is recognized as the most “socially mediated civil conflict in history.” Few journalists have had direct access to battles within Syria in part because the nation was considered “the most dangerous place in the world for journalists” in 2013. Most television media has relied heavily on YouTube videos and citizen journalists to report what is happening. According to the United States Institute of Peace, “An exceptional amount of what the outside world knows – or thinks it knows – about Syria’s nearly three-year-old conflict has come from videos, analysis, and commentary circulated through social networks.”

A team of researchers from the International Center for the Study of Radicalization and Political Violence (ICSR) created a database containing the social media profiles of 190 Western and European foreign fighters that have joined Syrian rebel groups. More than 2/3 of these foreign fighters are affiliated with either Jabhat al-Nusrah or the Islamic State of Iraq and Syria (ISIS) – both groups which were at one point connected to al-Qaeda.

By studying the social media profiles of these fighters, the Center discovered a large number of the foreign fighters did not receive their information about the Syrian conflict through official channels of the fighting groups, but rather through individuals who are not affiliated with any of the terror groups.

These individuals, sympathetic to the rebel cause, are primarily based in the West and have most likely never been to Syria, however through social media they control significant influence over how the conflict is perceived. They encourage, justify and give religious legitimacy for their social media followers to fight in the conflict – basically serving as jihadist “cheerleaders.” Through social media they have become new spiritual authorities to whom Western and European foreign fighters are looking to for guidance and inspiration. The most prominent social media spiritual authorities are American-based cleric Ahmad Musa Jibril and Australian cleric Musa Cerantonio.

Jibril was born in Dearborn, Michigan in 1972. He enrolled at the Islamic University in Medina, Saudi Arabia graduating with a degree in sharia (Islamic law), and completed his advanced law degrees at a Michigan law school. In 2004, he was convicted on a string of federal offenses. A memorandum produced in the case revealed he was running a radical website that “contained a library of fanatically anti-American sermons by militant Islamic clerics, in English and in Arabic. Prior to his arrest, Jibril was banned from two mosques because of his radical views. He was incarcerated in a federal prison until March of 2012.

Jibril does not openly promote violence or encourage his followers to join the Syrian jihad, but he supports the principles of armed conflict against Assad. Much of his popularity is from Twitter and YouTube where there are videos of him delivering impassioned lectures on many topics including the situation in Syria. He does not openly support ISIS, however British ISIS fighters have reported watching the cleric’s lecture series before joining the jihad. His Facebook page has over 218,000 likes, and 55.6% of the “likes” and follows are from members of the terrorist group, ISIS.

Jibril often interacts with his followers on Twitter, which helps him generate a much higher following. For instance, after the death of a foreign fighter in Syria, Jibril sent a condolence message on Twitter to the jihadist’s brother. The brother uploaded the message to his public timeline, which was then retweeted multiple times. This type of interaction demonstrates to Jibril’s followers that he is more than just a religious leader, he also provides friendship and comfort to those fighting in Syria.

Tomorrow we will look at Australian Musa Cerantonio, and his influence with Westerners engaging in jihad. Prayer points for both of the articles will be in tomorrow’s post.